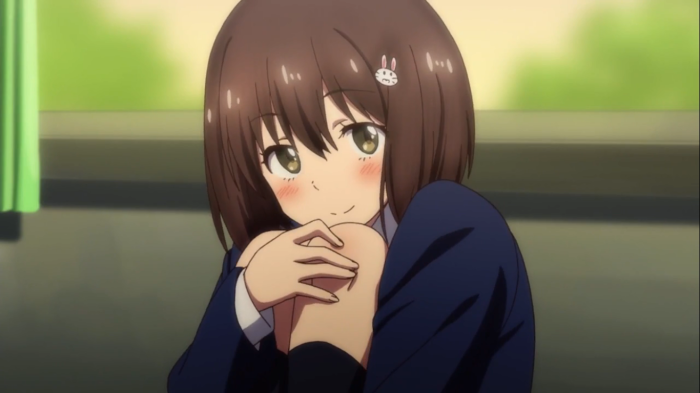 Yomu started a WordPress collaboration project about reviewing every episode of an anime called ‘This Art Club Has a Problem’. The twist here is that we can choose from a number of themes Yomu has listed for every episode so that different people would have very different approach to the anime. It’s a pretty awesome idea!

I was a bit hesitant to join this collab but decided to do it anyway because what could happen? I wanted to try and be a bit critical and analytical than I usually am so watching an anime with a very specific theme is one way to do it. Yomu’s collaboration projects gives me the opportunity for me to try. Thank you for starting this project, Yomu! Also, you are still very welcomed to be involved in this collab.

I’ve actually watched this anime and I like it. So this time, rewatching it with the theme I’ve chosen, I actually paid really close attention to when the first joke is going to be executed. It’s just a few seconds in… Honestly, the first joke is kinda lackluster. However, it does explain exactly what the title of this anime suggests. This art club really does have a problem. And the problem is Subaru’s preference in art which is drawing cute anime girls.

But is it REALLY a problem or is it just a problem for Usami? I’m guessing it’s the latter. I personally don’t really see any problem with Subaru’s art preference. As long as he’s active in the club, he’s good to go. With this first joke of the anime, we get to know that Subaru is probably a fanatic anime fan and Usami does not like anime at all. 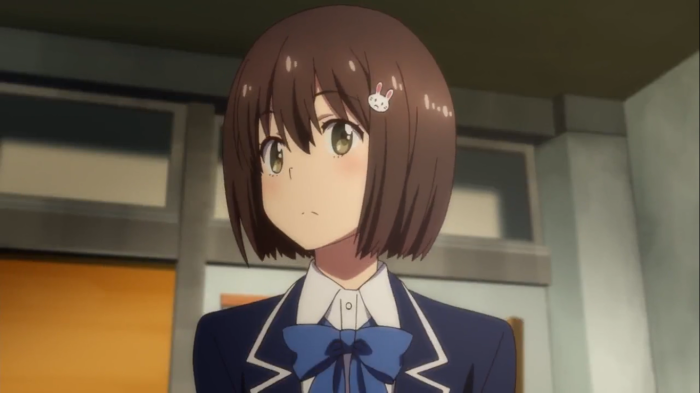 First let’s examine the all the main characters’ hairstyle. Usami’s hair is my favourite standard hair. Yes, my favourite hairstyle, anime girls or not is the straight, shoulder length hair. It may be very simple and not overly stylish but that’s the very reason I like the hairstyle. For this reason alone, I already like Usami. Heh, shallow reason… She also wears a bunny clip. It’s a hair clip that doesn’t act like a hair clip?? Or did she just stick it to her hair? I don’t know how she wears it.

Subaru’s hair is well, normal. I don’t really know what else to say. It’s not as cliche as many other male lead protagonists’ hairstyle because it’s considerably messy. It’s also blonde for no reason. The president’s hair pretty much describes how he is. Irresponsible, laid back, lazy and just doesn’t care about appearance. Look at how messy his hair is. 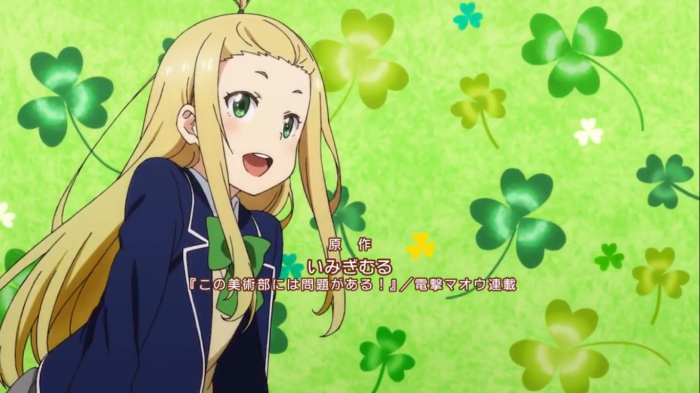 Another character not being introduced is the girl inside the locker. For now, we only know that her hair is blonde. But if we look at the opening theme, we know that it’s long. Another character we see on the opening scene has orange hair with twin tail and a bun each side. I don’t really know the significance of hairstyle and and hair colour towards the characters. Some anime makes sure there is symbolism and meaning attached to the characters with their character design but I don’t think it applies to this anime 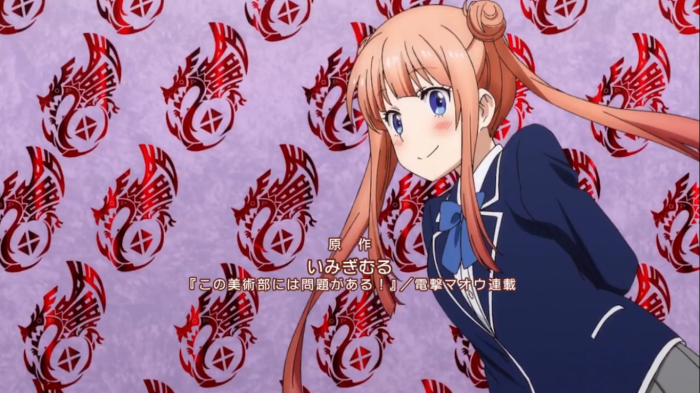 Next let’s see all of Subaru’s Waifus’ hairstyle.

First up, Subaru’s seventeenth waifu. she doesn’t have a name, apparently. Her hair is long with white colour and eh also has cat ears. Subaru’s second drawing is a long haired girl with pointy elf-like ears. We can’t know the colour of the hair because the drawing is not coloured. The character should actually be Usami though but Subaru doesn’t draw exactly what he sees in front of him. The third drawing finally has normal ears but it’s also colourless. She has long hair with a bit messy at the front. Subaru named her Ribbon-chan. The last waifu has a name. She’s supposed to be his ultimate waifu. She has long pink coloured twintail hair wearing a maid hairband. 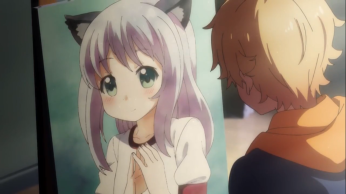 From what we can see, Subaru seems to like drawing long haired girl because so far, he has only drawn all his waifus with long hair. Even the girl in the anime he’s watching has long hair! It is the opposite of Usami’s hairstyle so the chance for him to fall for her is really low here.

There’s not much insight I can give with all the characters’ hairstyle and hair colour because I don’t know if they have any meaning behind them. I do think that that all their hairstyles are unique enough for me to appreciate them, especially Usami’s hairstyle because I just personally like it.

This post turned out to be VERY late. I really need to catch up with other people.

7 thoughts on “This Art Club Has a Problem Episode 1: The First Joke, Hairstyle and Hair Colour”