Skip to content
HomeFour Years Mark: The Only 2018 Anime That I Watched 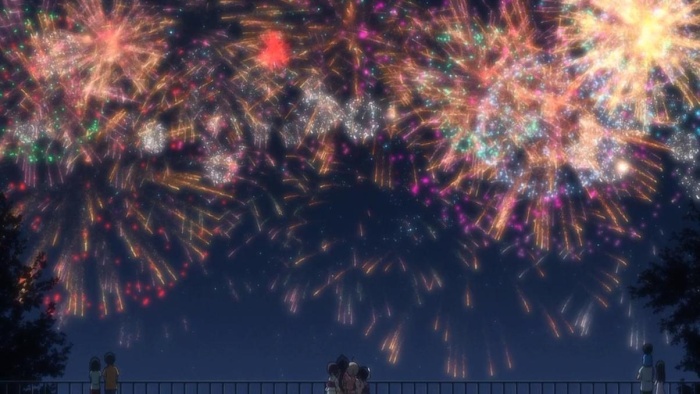 Happy anniversary to me! This blog is now four years old. Yes relatively, I can be called a veteran now in terms of how long I’ve been sticking around. However, in terms of actual posts, meh… Inconsistent content is kinda my brand now lol but I’ve been active for 6 months now so I hope I can continue to post regularly for at least another 6 months.

As I did in the past years, I will celebrate my anniversary by writing about shows that came out this year that I actually watched. For some reason that I’m unsure of, I don’t watch newer anime that much and I especially don’t watch seasonal anime. So can I fit ALL 2018 shows that I watched this year into one post? Yes, yes I can cause it’s only like 10 shows… Let’s begin. 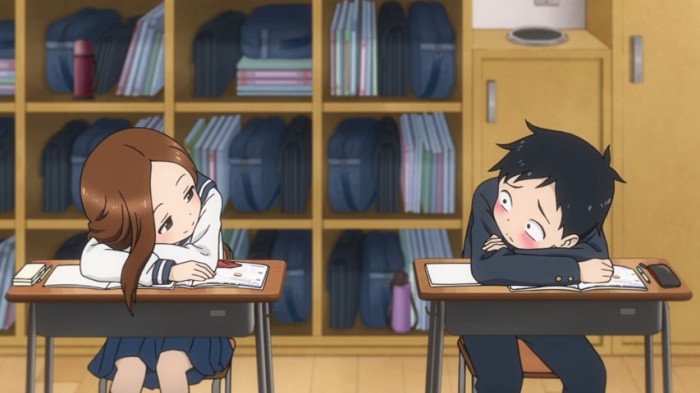 A guy who wants to tease the girl that he likes but fails at every attempt and gets teases back in return. That’s the whole plot of the anime and I freaking love it! The interactions between Takagi and Nishikata is just too cute, it melts my heart just by seeing them together. I can watch them forever. This is not bullying, of course because Takagi knows how to do all the teasing just below the line of bullying and Nishikata, for all the denial that he convinces himself actually really like being teased by her.

I read the manga and it’s just as good as the anime. If you like the anime, go check out the manga too. You will not be disappointed. One of the funniest anime I’ve seen this year. This is a really good comedy through and through but that’s not the only thing that’s great about this anime. The anime also excels at their characters and drama. The characters in this series are quite unique and genuinely fun to watch. They also grow and have a little bit of development from one episode to the next. Most of the characters change in terms of personality and behaviour quite a lot throughout the series. That’s quite rare for a comedy anime. The drama in this anime is good too, one of them made me tear up. Hina Festival is just a good anime in many different ways. 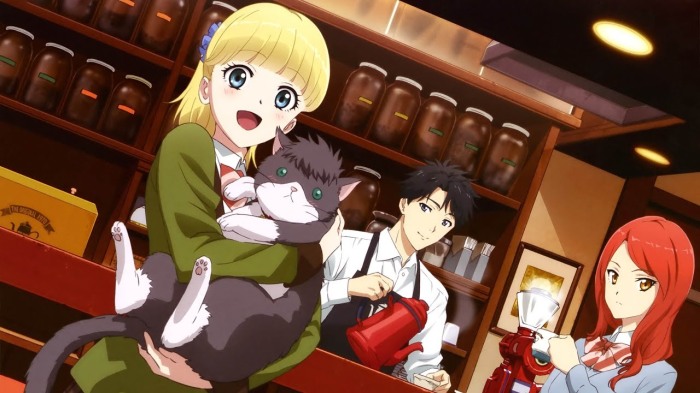 This anime feels really cute in the beginning. It closely resembles Monthly Girls Nozaki-kun but more light-hearted and less comedic. I really like it at first but after a while, it gets boring. The characters aren’t really that interesting to me. Even Teresa gets boring after a while. It doesn’t help that the ending is very anticlimactic to me. It’s a very cute show though.

4) A Place Further Than The Universe 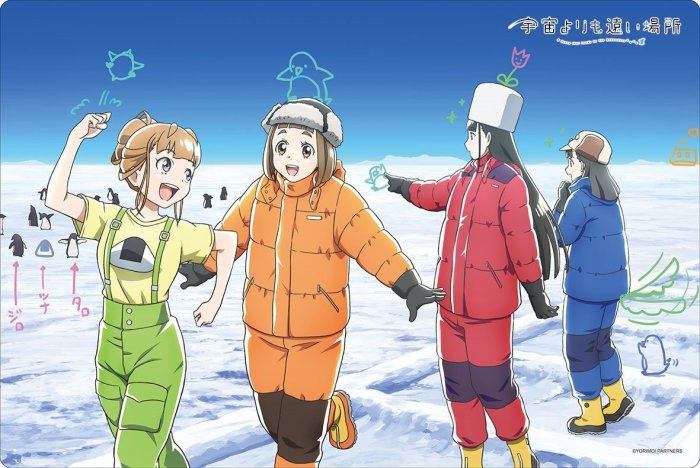 A very inspirational anime, is what I would describe this anime. Watching this anime feels very fulfilling. It’s almost like we’re the ones who are going for an adventure. Adding to that, the characters are very likable and relatable. We all can pretty much put our shoes ni Mari’s because most of us understand the feeling of not doing enough in our lives. Mari has that same empty feeling that we all feel so to see her fulfilling her desire is very refreshing. The relationship between the characters is also fun because they are all strangers to one another early in the series. We see how they bond from strangers to friends. Shirase’s story is of course the most interesting and moving.

5) Wotakoi: Love is Hard For an Otaku 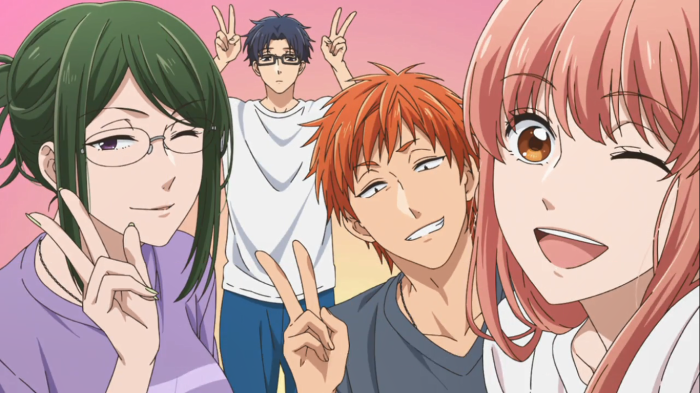 This is an anime where many people enjoyed really well but I didn’t. I get it that it strays away from the typical school romance, focusing on actual working adult. I find it interesting too, particularly how they all manage their time investing in their otaku hobbies with other stuff. However, Hirotaka is a really bland character to me. His aloof attitude is too aloof for me, it kinda makes him emotionless, which is not what the anime intended him to be. I don’t know, I honestly just don’t like him. Watching this anime really feels like I was watching Tada-kun in many ways, so it was not very enjoyable to me. 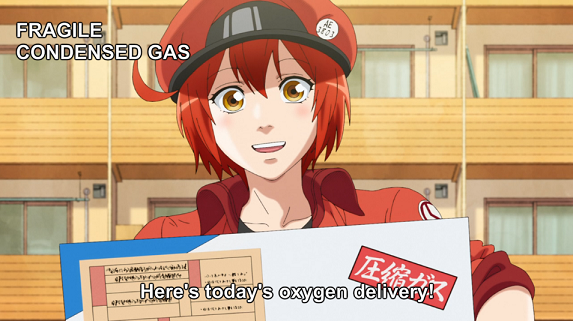 Cute and fluffy things that actually live in our bodies. The anime is very educational, targeting towards people who has little to no knowledge about how our body works. That basically means most of us. You know, I tend to Google every time the anime decides to briefly explain something just to one, know how everything ACTUALLY looks like and two, know a little bit more than what the anime explains. I forgot most of what I read though. In any case, this anime is great, it is very easy to recommend to people who don’t watch anime. Also, watch this doctor reaction video. It’s fun watching him do all the explanation instead of searching them myself. 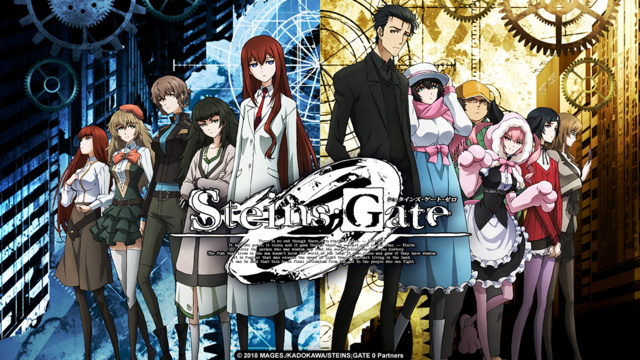 I like this anime very much, maybe not as much as the original but really enjoyable nonetheless. Instead of seeing the obnoxious delusional Okabe, it’s the hopeless depressed Okabe we get to see. It’s a refreshing take on the series. His relationship with Mayuri is better in this series in my opinion. It has more depth in it. His banters with the Amadeus Kurisu is still as fun as with the original Kurisu. The story is not as shocking though because we more or less already know what’s going to happen. Still, the journey is worth watching. Everything about this anime is great to me. Well, maybe I’m just biased because I like the original. If you’re a fan of the original, you totally don’t want to miss this. 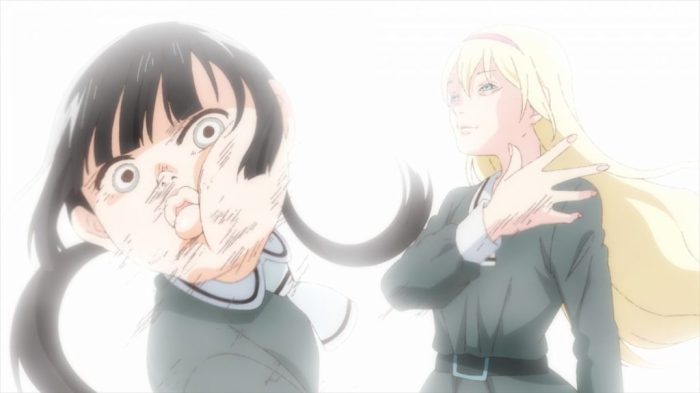 Another great comedy anime this year. This anime is just plain weirdness from start to finish. The characters are weird, the everyday things they do are weird even the ending is also very sudden and instant. I don’t know if it can be called an ending at all. I laughed at most jokes in this show and Hanako’s expressions are priceless. 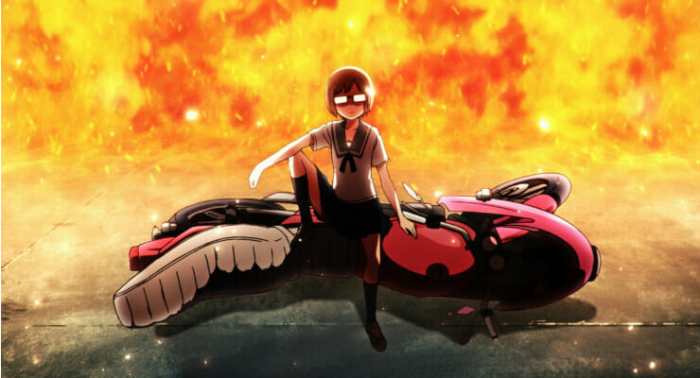 Airing the same season as Asobi Asobase, this is a really funny anime about a highschool girls going to school. Yes, all the characters won’t actually be in class or even at home, it’s all about the journey TO school. You might be asking, is there anything that can take place during walking to school? Well, after watching this anime, I can now say that there are millions of things that could happen on our way to school.

One notable thing is that I really like the dub. Chio’s dub voice is much more enthusiastic and sarcastic in the dub. It makes more sense to her character. It kind of changed some of the original lines but it actually makes it much better. 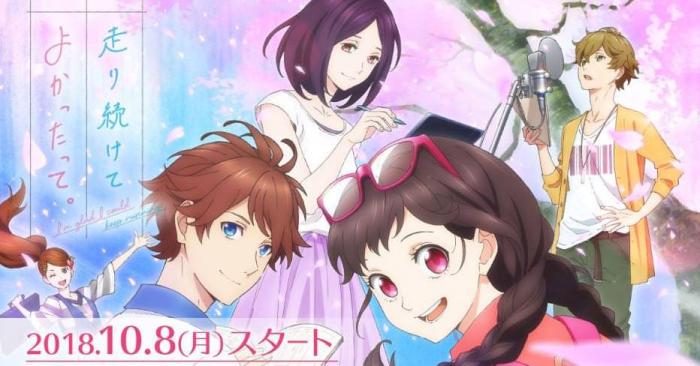 Contrary to what the title suggests, this is a really short anime about voice acting. Instead of diving into the working world of voice acting, it focuses on university students who pursue voice acting as their dream career. With very short airing time of 4 episodes, 15 minutes each, the anime doesn’t really explore too deep into the characters’ problems and hurdles. Still, it’s enjoyable watching them striving and improving themselves with their voice acting skills. This anime is produced by Honeyworks, a popular music band in Japan (which I only know after watching this anime) so there are quite a few of their songs attached to this anime.

11) Iroduku: The World in Colours 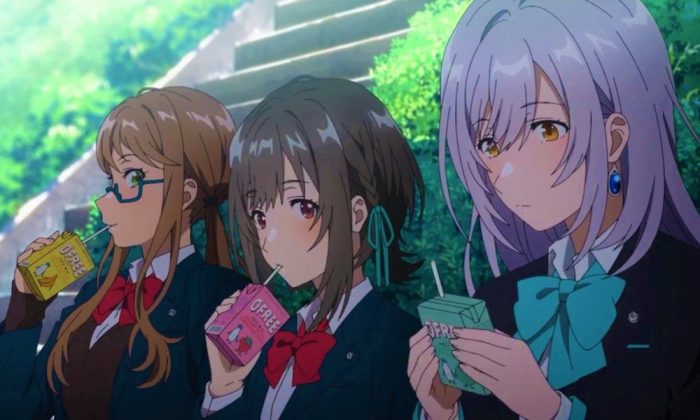 PA Works is the main reason I watch this show. The first attraction of this anime is without a doubt, the animation. There are so many wallpaper-worthy shots in this show. Aside from that, the characters are also a standout of this series. They are all relatable, likable and believable. All of them have their own motivations, deliberate flaws and personal problems to deal with. The character dynamic between different characters are also quite complex. All in all, this is a really great show, as expected from PA Works, the studio that usually produce anime of my taste. I wrote episodic reviews of this show and I have to say, I enjoy both the anime and writing reviews of it.

–
So yea, those are every 2018 anime that I watched this year. Yes, I haven’t watched Attack on Titan Season 3, My Hero Academia Season 3 and Food Wars Season 3 yet. Those are some of the most hyped sequel of the year but for some reason, I chose to not watch them yet. Will watch them really soon though.

I think my behaviour of not following or watching newer anime will change next year because I did watch some of the shows that I mentioned on a weekly basis. It’s quite a fun experience so I might do more of that next year. The only downside to this style of watching is the one week wait for every episode. It’s frustrating not to be able to just hit the next episode button when watching a really good anime.

As for this blog, what changes will I make next year? Well, I had fun writing episodic review so I’m probably gonna pick a show or two of the Winter Season and write episodic reviews of those shows. Or maybe I might write impressions of a show every 3 episodes. However, it all depends on whether or not I still have internet access so… Yes, that’s a problem you would face living in a third world country.

In any case, the most important thing is that… I won’t stop blogging anytime soon. Is it over ambitious of me to want this blog to survive for 10 years?

Anyway, that’s it from me, I hope you had all the fun watching anime this year! Thank you for reading and goodbye for now. See you next year ~

7 thoughts on “Four Years Mark: The Only 2018 Anime That I Watched”