There is one episode in Sakura Quest where the main character Yoshino is forced to sell 1000 boxes of manju buns because the stupid Director of the Tourism bureau accidently bought too many. They decided to challenge Yoshino to sell all of them in only a week. Having accidently signed a contract with the bureau to work for them for a year without realizing, Yoshino accepts the challenge. The deal is that if she managed to sell all 1000 boxes in a week, she will be freed from any kind of contract with the bureau and Yoshino can go back to Tokyo, the place she really wants to go. And thus, the challenge begins. 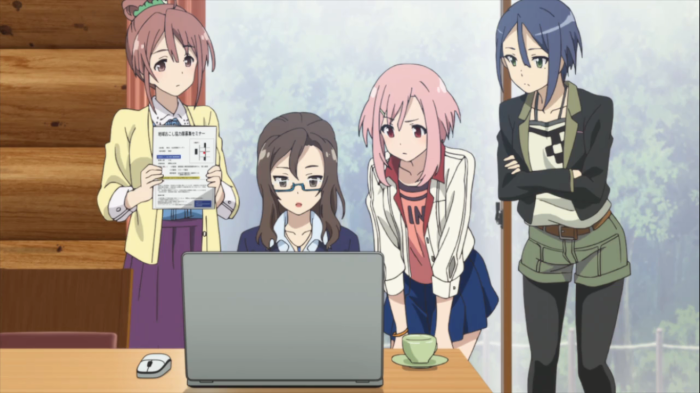 Selling 1000 boxes of buns that people are not familiar with at a rural town with very low population in only a week seems impossible. But because of Yoshino’s desperation in the probability of working there, she is very determined to get it done. She doesn’t do this alone though as she asks her unofficial teammates to help her.

They try a lot of things in order to get enough customers. They create and design a web page, work out how the marketing should be done even though it’s highly unlikely to work out, go door to door of the residents of the small town and create a promotional video. They basically try everything they know and can. The result? What do you think? They manage to sell… 4 boxes only. Yes, out of 1000 boxes, they only managed to sell 4 boxes. And that’s not even from people from out of town. In fact, 3 of them is bought by Shiori’s family, one of Yoshino’s unofficial members, out of pity.

The whole project or challenge is a total failure. But the anime and the characters doesn’t portray it as one. They depict it as a step moving forward. A very small step. Yes, less than 1 percent of the buns are sold, Yoshino will be forced to work for the town for a year and the four other girls are more or less forced to work with her. But the characters are content with it, seeing the silver lining of the whole situation. One of the good things that happens is that the group grows from only two people to five people. This particular challenge is an event that brings them together and eventually have great adventure in the future. 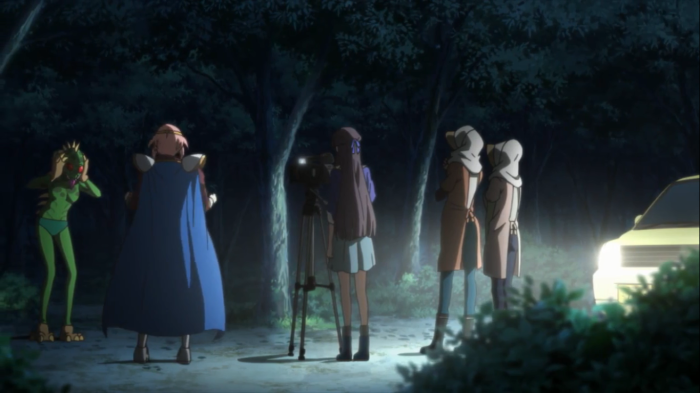 The tone of the anime is not gloomy of their failure but instead is hopeful of their potential future. I really like this feeling of hopefulness in a dire situation and PA works usually excels at things like this, most prominently in another of their anime called Tari Tari. Sakura Quest tells us that it’s okay to fail. In fact, the anime is full of failures but somehow, it always sets the tone for us to see the positives in the abundance of negativity.

All in all, I really like this anime but the bun selling event is what sets up the anime as a whole.

That’s it for me. Tomorrow will be the last day of 12 Days of Anime. Looking forward to it!