As we all expected, this episode, all the characters especially Hitomi has to face the fact that she has to go back to the future. How do all of them react to this? Mostly sad. But first, let’s go to why Hitomi has to go to her original timeline. 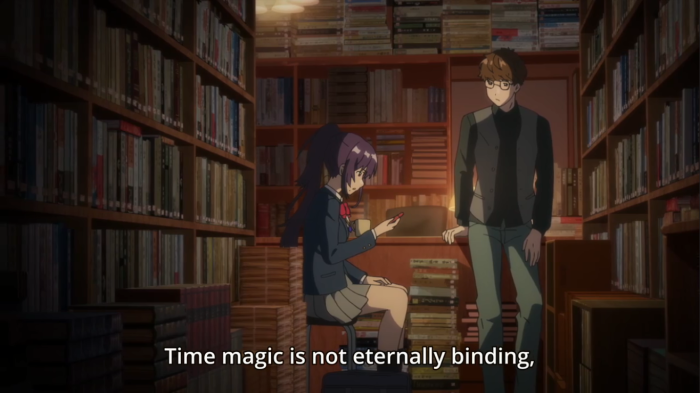 Well, the anime doesn’t really explain specifically why but we do know that if she doesn’t, she’ll be stuck in a time gap. It simply means that she will cease to exist, at least in the timeline that we all live in. The only possible way to send her to the future it is by collecting as many star-sand that is bathed by the moonlight for 60 years… It doesn’t really make much sense as the anime never really explains to us but hey, if that’s how the world of Irozuku works, then by all means I’m buying it. I guess the logic behind it is that those star-sand are more pure and stronger than normal star-sand. Now, let’s go to the characters. 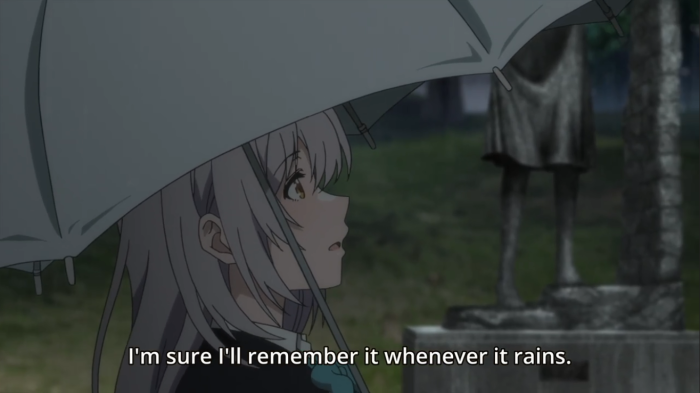 Hitomi is the one affected the most by this revelation. Of course she is. She’s just been able to adapt to the new environment, make friends and be happy in this timeline. Now, she is told that she has to abandon all that so abruptly? It’s frustrating to her. However, to my surprise, she does somewhat try to accept her fate pretty peacefully. At least for a short while, she tries to find ways to abbreviate her sadness such as remembering memories worth holding on. One of the memories, of course is about Yuito. Her positive attitude doesn’t last very long though, and she quickly falls back to her depression state because of all the rushing from everyone. She knows that everyone is trying to save her by helping Kohaku collecting more star-sand but at the same time, it’s very sad for her that those action of aid is correlated with them leaving her eventually. As of now, she doesn’t find the activity that they are doing together fun because she can only think of what comes after it.

Kohaku is a bit too pushy to me. I get it that she’s worried sick about Hitomi and the fact that Hitomi can freaking cease from existence, but that aggressiveness doesn’t help Hitomi at all. It only makes her sadder with all the rush to accept her fate. Fortunately all her other friends understands her that she does this solely for the sake of Hitomi. Unlike Hitomi, they all perceive their activity together as making the best out of the very limited time they have with Hitomi. They try to subdue all their sorrow and replace it with wanting to save Hitomi. It is the right thing to do but… It’s just sad for everyone. Though, I find it odd that they do everything without Hitomi. Is it because they can’t stand the fact Hitomi is leaving if Hitomi is with them? I honestly believe that even with Hitomi’s hesitance and depression, Hitomi should at least be with her friends, spending what little time she has with them. And her friends should approach and invite Hitomi to be with them.

Among the other characters, there are two very distinct feelings that they are having. Those feelings are represented through Chigusa and Asagi. Asagi represents emotion and grief. Chigusa represents more on the logical side of the matter. Of course, it’s not that all the other characters don’t feel the same way as Asagi or Chigusa, but maybe not as extreme as either of them. 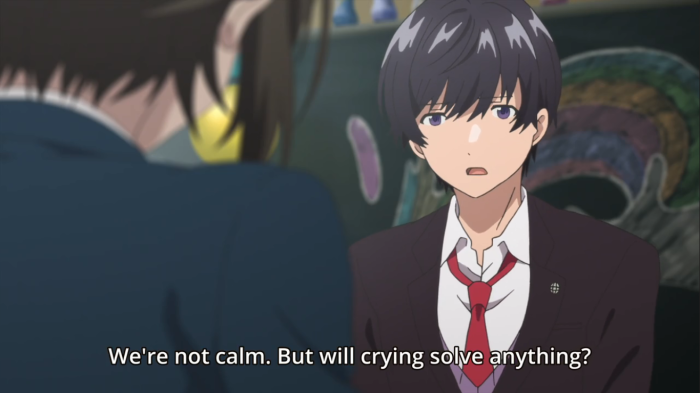 In the last scene of the episode, Hitomi and Yuito finally covey their feelings to each other. Actually… I don’t really get this couple to be honest. I don’t really feel any real chemistry between these two, other than the obvious plot device. It’s frustrating because I really want to like them, but there’s just something lacking. Maybe more interaction or more similarities would fix it? I don’t know, but something is definitely lacking and the impact that they finally be true to their feelings feels a bit empty. Am I missing something from these two??

A little side note on Yuito, he’s now more open about his drawings. It’s not surprising considering he said last episode that he’s very happy to finally be able to show his drawings to other people. Adding to that, people can even literally enter his creation. Isn’t that awesome?! He’s decided to pursue what he pursued when he was little. Reason? To make other people happy. Simple. 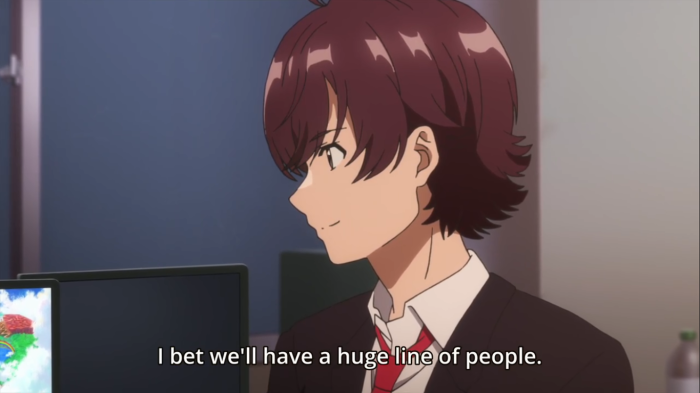 What I want to see in the next episode: People reacting to Hitomi and Kohaku’s magic of ‘visiting’ pictures. Seriously, don’t you want to see how people in their world perceive their magic? Are they astounded and excited by it like I am or is it just another magic to them?

This series is coming to an end and I’m honestly really excited to know how it ends. The last two episodes better be good!

Alright, this week’s review is a bit late than usual. The reason is because… I play Paladins. Yes, I found a free to play first person hero shooter game called Paladins Champions of The Realm and it’s very VERY addictive. I just… I just can’t stop playing it, it’s so fun! (Help meh)

Oh and also, I have an interview tomorrow with the university that I might be enrolling so wish me luck!!! Thanks for reading and goodbye for now ~