I don’t interact much with people online. Not in any social media for that matter. Even in anonymous forums, or pretty much anywhere online, I just don’t interact with online people much. I honestly think that it  has to do with my social anxiety and the fact that I think it’s pointless to say anything online. Contradictory of myself who freaking has a blog! Hear me out though.

This problem is more of an online thing than a real life problem. Firstly, I can’t seem to comment on other people’s blog. I feel like the things that I have to say has little value or people don’t really care about it. I’m scared of unintentionally offending people so most of the time, I resolve to not commenting at all and just ‘like’ their contents. This sometimes frustrates me because there are times when I think I have something to say but as soon as I wanted to type those words in the comment section, my brain became numb and I forgot everything that I wanted to say. Yea I hate that. 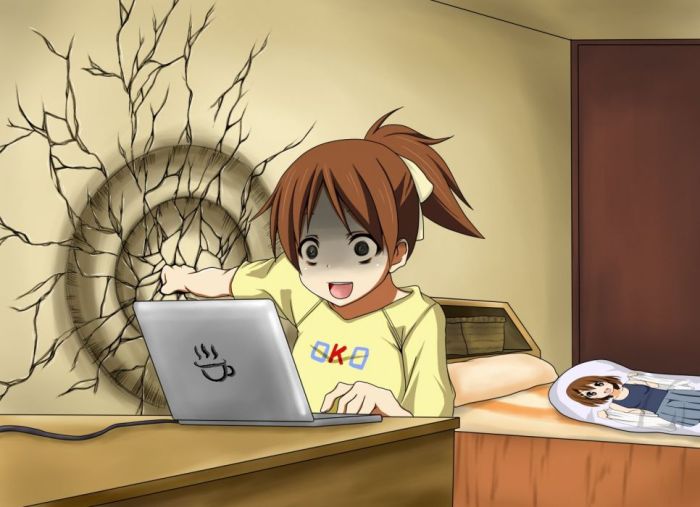 Secondly, sometimes when people comment on my blog, I tend to have panic attack and just don’t reply to it altogether. That doesn’t mean that I ignored them. It’s just, my freaking anxiety!!! Please forgive me. Though I think I’m still fortunate that I didn’t ignore people that much. It happens very rarely but it still happens so I’m very sorry.

The main reason why I don’t interact much with everyone is because I never had an online friend and I think it’s difficult to make one. I don’t get this online friendship because every single friendship I’ve made so far are with those without much physical gap between us. It’s relatively easy for me to make friends in school or college but once I graduate, I pretty much never keep in touch with them at all. Save for one or two. This is why I don’t get a friendship between people who has never even met. Because at the back of my mind, I will always feel like I never truly know the person I’m talking with.

You might probably say that I also won’t truly know those who are physically close to me. But at least the absence of physical gap fills the gap… Well that sentence is weird. But you get what I mean. Online interactions, to me, is basically continuously thinking “do I need to comment on this new post of theirs?” “That’ll make me a nuisance to them.” Yes, that’s usually what I think. I know people most probably won’t think of it as a nuisance. Perhaps they’ll even be happy for having a very loyal and passionate reader. But even though I know that, I can’t think properly and just hit the like button before running away. It’s… weird and pathetic.

Now in real life, it’s also quite difficult for me to approach other people but once I’ve approached them, or they’ve approached me, it becomes super easy. I do tend to be quite shy but I don’t think it’s as problematic as in the online world. Which is weird because usually it’s the other way round. People who have social anxiety are usually unapproachable in real life but very outspoken when it comes to their online social life. I’m quite the opposite of that, being more approachable in real life but very unapproachable online.

I’ve established that making many friends is not something I would pursue. I am an introvert so having many friends does not interest me. However, seeing other people make friends online very quickly makes me… jealous to a certain degree. Like, how do they do that? How can they be best friends forever in a matter of days or even hours??

I’m not trying to make really close online BFF. My goal is more of making myself being more confident when I’m supposed to or when I have a chance. For example, if I have something to say about a post, just comment without postponing it and then completely forgot about it. Or when others comment on my blog, I try to reply with the intention of expanding the discussion instead of trying to stop it. Things like that… baby steps. Being a silent reader to all the blogs I follow is already very fun for me. But sometimes I do wish that I was in the discussion instead of just being an observer. While those times a very few and far between, I’d like to experience those moments when I get the chance.

I guess that’s my solution to this problem. Partially at least. I suppose I have to force myself to interact with people here somehow and just talk like I would talk in real life, I guess. Well I can at least say that I won’t ignore anyone anymore hah!

So it’s the end of the post. This is the part where I’ll worry about people giving comments and worry about my answers to the comments even though the comments are not even received by me yet. Yep, that’s anxiety for yah!

Uhh… if you have something to say, say it and I won’t ignore you. I promise! Until then, see you next time ~ (probably in 12 Days of Anime)