Skip to content
HomeMy Thoughts On The Fate Series 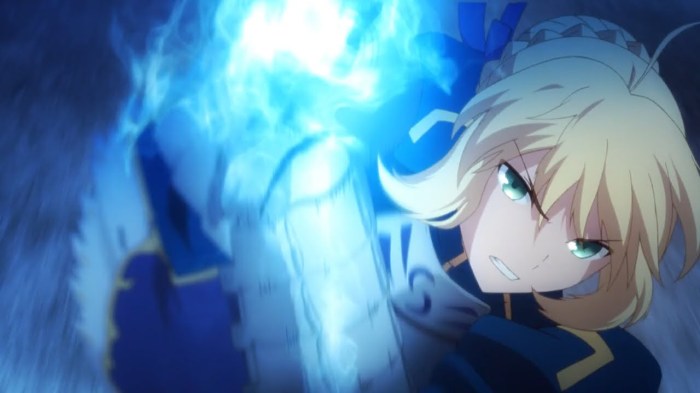 A little bit of overview for those who haven’t watched this series. Don’t worry, there’s no spoilers.

So first of all there is a war that is called the ‘Holy Grail War’. In this war 7 masters summon 7 servants fighting to win the ‘Holy Grail’, an omnipotent wish granting device. Each master is chosen by the grail to participate in the war and most of them have a wish they desire to be fulfilled. The only way they can win the grail is by surviving the war and being the last man standing. And so, 7 masters with their own servants fight to the death to win this grail.

I think this anime is actually pretty decent. Because I watched this version of the franchise first, I find the concept and the premise really intriguing. I always like stories and games with multiple factions because there’s no clear distinction between good and bad. It’s just that they are all in different sides. However, I didn’t actually get what I’m looking for in this anime. Most of the time, it’s just Saber slashing other servants one after another. There’s no sense of different and multiple factions. It basically has only two sides. The good side is Saber, Shirou and Rin, the bad side is everybody else. That’s one thing that’s lacking in this anime.

Another thing that this anime lacks is the main character. Emiya Shirou is just downright annoying. How can anyone like him?? He wants to save everyone by putting everyone else first and himself later only to get in trouble by that very ideal. And after so many failures, he still doesn’t want to resist!!! God darn I just hoped he actually died and just give Saber to Rin.

But overall, I actually enjoyed it. Most probably because at that time I haven’t watched any Ufotable’s adaptation yet. That’s a good thing, I get to enjoy a considerably bad anime to its fullest because of my viewing order.

This is the prequel of Fate/Stay Night. I have to admit that the first episode is kinda boring because there are crap tons of information bombarded towards us. Not to mention it is around 47 minutes long, so the first episode might be very boring… Well not for someone who has watched the sequel. You see, for people who have watched the sequel, the ending of the first episode really pumps you out as you already know some of the characters and what they are capable of. But for people going into the franchise by watching Fate/Zero, it’ll be more boring and they’ll be clueless to the whole situation of the anime since well, they don’t freaking know what’s going on. That’s why I suggest watching the sequel before the prequel.

So what did I think of the anime as a whole? Simply amazing. All the characters are really unique and interesting having different and contradicting ideologies and ideals even between servants and their masters. It has alliances, trust, honour, betrayal, and basically everything that a war with many factions has. For a plus, the animation is freaking epic just look at that!!!

It appears that this adaptation adapts the alternate route of the visual novel so even by the element of story alone, it is vastly different from Fate/Stay Night. In other areas, the animation is just stunning. Nothing more to say really.

In this adaptation, the servants show some resistant towards their master. They do not just blindly follow their master like most of the servants in Fate/Stay Night. They have their own free will and their own way to win the grail.

Fate/Zero is still far better than this though. While this adaptation does have some sort of alliances and betrayal, I think it’s not as good. It doesn’t have much variety in that element as we only see the war from Shirou’s perspective. To me, there are many other things undiscovered. Maybe we’ll discover them in Heaven’s Feel?

Anyway, this is the watch order I recommend:

Lastly, I love this series and I’d love to see more of the Holy Grail Wars.

12 thoughts on “My Thoughts On The Fate Series”