Skip to content
HomeOne Year Mark: The Only 2015 Anime That I Watched 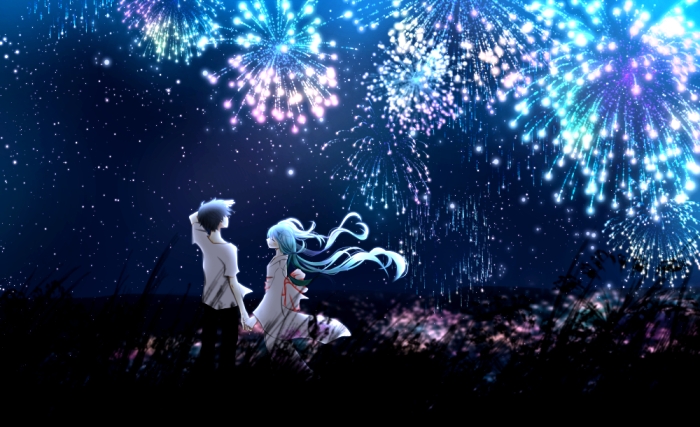 That’s right, this blog is now one year old WOHOOO!!!! YEEEAAHHHH!!!! And that’s about it.

Since this blog’s one year anniversary is the end of the year, I thought to share my thoughts on very few anime that came out this year that I actually watched. I’ve mentioned this a few times before, I don’t watch that much anime as many other anime fan do. So these are the only titles this year that I got around to watch.

Definitely starting with this because this over the top sport anime is one of my favourite anime series. I rarely watch anime weekly but this one’s an exception because it’s so engaging even from the very first episode of the first season. Now I don’t think this final season is the best. In fact, it was the first season that I enjoyed most mostly because the shocking element was at the highest during that season. The special abilities (or some might call it superpowers) in this third season are still really shocking but since I was shocked so many times before, the impact I felt was decreased quite severely. The amount of ass pull for Seirin to win has doubled in this season. Sometimes, I think that they win just because of pure luck. For example Hyuga suddenly being able to do a 4 point play. It’s not impossible… with a little bit of luck that is. But with all that, it’s still very entertaining to watch.

First of all I was stunned by the animation. It looks and feels so different. I immediately thought ‘is this the animation standard of new anime?’ It is really good to me and it gives you a very romance and slice of life-like atmosphere. As far as the story goes, it is pretty interesting to watch them making visual novel but I wish there were more rivalry between the main character Tomoya and the supposed antagonist Iori. Probably would see it more in season 2? The characters are pretty much stereotypical but I feel like they are different at the same time especially the best girl Kato Megumi. I hope she wins in the future sequel!

I just finished watching Code Geass when this anime started airing. It was really popular, everyone was talking about it. Curious about all these fusses, I watched the… trailer?? No I can’t really remember what I watched but after watching the video and get to know what it is all about, I immediately decided to watch and follow the series because it has many similarities with Code Geass. At least in terms of the power that the main character poses. So I watched it and to be honest I liked it especially the first episode. Even after the supposed going downhill plot twist that came out of nowhere, I still had faith towards this anime. But now, I don’t have any faith anymore. That ending is horrible. Well, It’s not exactly that horrible, it’s just too rushed. If there were more episodes it could’ve been better. Or maybe they could just cut off the 3 power of the week episodes. This series is entertaining up to many points but the ending is very disappointing.

I don’t like the fact that Shunsuke’s special ability is time travel because it’s a freaking superpower. It would’ve made much more sense if the time travel ability didn’t exist because I think It’s too overpowered for a setting like this. And the thing that makes less sense is Yuu’s ability. I mean, we are told that every ability has its own disadvantages so Yuu plundering other people’s ability must surely cost more than just ended up being a super human. But here, we are shown that there is almost no cost whatsoever. It just bothers me really bad.

I love Durarara especially the first season. I like the first season more than this new season (I haven’t watched Durarara x2 Ten). The reason is because the first season has so much more variety than this season. We have a weird and chaotic love triangle, some dark secrets between close friends, at least two supernatural mysteries (the headless rider and the slasher), some gang battles and a cunning mastermind behind just about everything that happens. But in the second season, while it is still engaging as hell with full of plot twists, it doesn’t have much variety. Most of the things that happen are just gang battles. Also, we have two seemingly similar backstory of a psychotic murderer. I love this series, I definitely love it. But it’s just not as good as the first season. Which in some ways crushes my really high hopes.

The second season is surprisingly very good compared to the first season. But my opinion changed after rewatching the first season. I now think that both seasons are great. When I first watch the first season, I didn’t really like this because of the main character Hachiman. I thought he was a cynical self-proclaimed pessimist bastard. Well, it was not like I completely disagree with all his philosophical views and ideologies, it’s just that I thought all his way of doing things are impractical. Although quite impressive to be honest. Only in the second season that I noticed that he is actually a miserable loner who doesn’t want to be alone and wants to have a genuine relationship with other people.

When Hachiman starts to gradually change as ever so slowly in the second season, that’s when I think it keeps on getting better and better. The second season has double the quality of the first season. One of the reasons is because the animation suddenly boosts its quality.

For the most part I started to actually enjoy this show after I understand the characters, not just Hachiman but secondary characters as well. They all have their own flaws and the most flawed character is definitely Hachiman. Or probably Yukino? Anyway, the arguably realistic and refreshing characters are what made the this anime amazing. 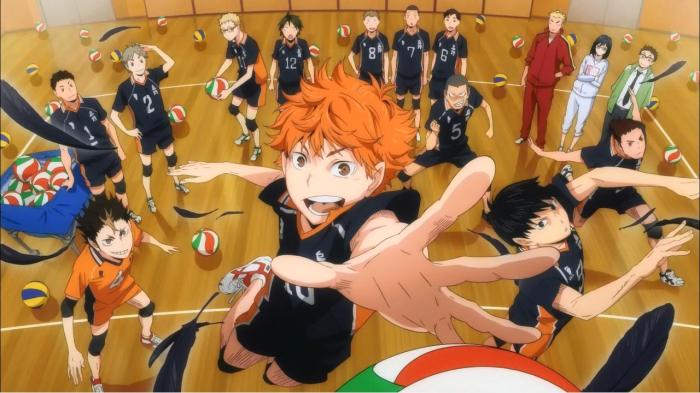 I watched the first season only recently and the ending was kinda a shock to me. it is quite realistic so it’s a plus. In the first season the characters are a bit irritating to me honestly. The character interactions are so unnatural, it feels really awkward watching them. There are also some forced drama for the background stories of the characters so this time, it’s a minus for me. Though, the background story of the two main characters, Hinata and Kageyama is really interesting. Watching Hinata in the first episode really made me absorbed to the anime and made me want to watch how he will grow.

The strong backstory of the two main characters did back up the awkward interactions that other characters have and after some time, I grew out of it especially after Yachi-san made an appearance in season 2. Oh God I like her very much. Thanks to her existence, Kyouko-san also leveled up from being a boring pretty girl to a reliable pretty senpai!! The second season is still ongoing so I look forward to seeing them winning and evolving.

So that’s all. Yes, I only watched six series that came out this year. Not to mention most of them are just the continuation of previous season(s). Oh, and I gave you my really vague number scores on each anime just to confuse you with the numbers and my actual thoughts.

Lastly, I’ve managed to survive for one whole year! That’s a really great  achievement for me. I don’t know what I will do in the future but I think I’ll be doing the same old thing. One thing for sure, I’m not stopping this anytime soon.